When Jacob discovers clues to a mystery that stretches him across time, he finds Miss Peregrine's Home for Peculiar Children. But the danger deepens after he gets to know the residents and learns about their special powers.

All information comes from IMDb unless otherwise noted

Discussion around film companies about the movie rights to the book sparked months before the book was launched. The list of companies who took interest in "Peculiar Children"'s movie rights included Dreamworks/Disney, Paramount, Sony, Universal Studios, Warner Bros. and more. However, Fox "made a big pre-emptive bid for the project" which hugely affected Riggs's decision . Riggs stayed silent until he announced the matter himself weeks after. Tim Burton was announced as director afterwards. Jane Goldman has also been hired to adapt the story as a screenplay. Peter Chernin, Dylan Clark and Jenno Topping are producing the movie. In 2014, Fox announced that the July 2015 release of the film is moved to March 2016 and the first announcements began circulating that Eva Green and Asa Butterfield would play the part of Miss Peregrine and Jacob Portman alongside Ella Purnell as Emma Bloom. The Tampa Hillsborough Film and Digital Media Commission announced that Burton began shooting "Miss Peregrine's Home for Peculiar Children" in Hillsborough and Pinellas counties for two weeks starting Saturday February 21. Filming also took place in the UK and Belgium. The movie was expected to be released on March 4, 2016, but was soon announced that the release was delayed until Christmas Day of the same year[1]. The movie's release date was later brought forward to September 30th, 2016[2]. 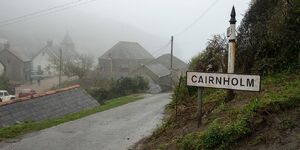 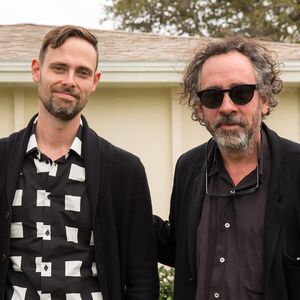 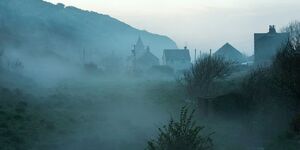 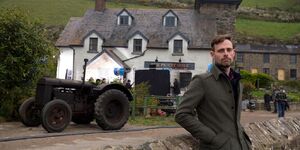 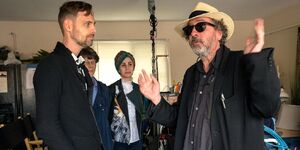 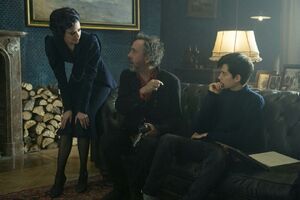 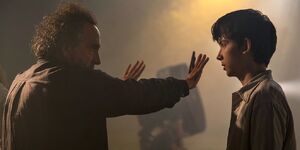